Samantha Shannon started writing her legendary ‘The Bone Season’ series when she was just in her teens. The series focuses on clairvoyant individuals living in a dystopian version of our own future world, and the most recent release, ‘The Song Rising’, is on everyone’s lists for most anticipated book release of 2017.

We got chatting to the author of some of the most complex and ground-breaking books of our generation, and she spilled some insider secrets. Want to know who she envisions playing the legendary Jaxon Hall in the much-anticipated movie adaptation? Who was influential in getting Samantha into writing? What other secret projects this writer is working on? Read on to find out more below. 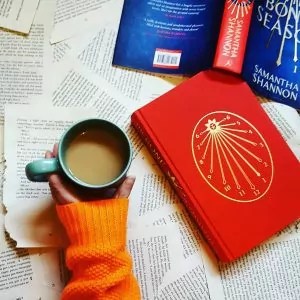 You started writing when you were just twelve-years-old. What honed your love for writing at such a young age?

My love of reading. From the day I realised you could tell stories for a living, that was all I wanted to do. Writing is a cathartic process for me. If I’m not able to do it for more than a few days, I start feeling cooped-up and miserable.

You went on to obtain a degree in English Language and Literature at St Anne’s College. What, do you think, are the negatives and positives of university education, for a writer? How did your degree affect your own writing?

Although going to university was a valuable experience for me, it’s not a requirement to have a degree to become an author. The course I took at Oxford didn’t include a creative writing element, so it didn’t help me hone my skill in the craft — for me, that comes through practice — but it did give me a broad knowledge of English Literature and introduce me to books, poetry and history that fed into the world of the Bone Season series. The city of Oxford also provided the backdrop for the first book. Writing and editing The Bone Season alongside my degree was stressful, but I managed my time by doing my writing in the evening and my uni work in the day, and I was able to get the grade I wanted.

What influenced you to write in the science fiction and fantasy genres?

Those are the two genres I’ve always enjoyed reading, so I naturally gravitated towards them as a writer. When I was a kid, I was a fan of Isaac Asimov, H. G. Wells, John Wyndham, Tolkien and Cornelia Funke, to name a few. I’ve always been drawn to the world-building possibilities of those genres. You can let your imagination run wild with no limits.

The first two books in ‘The Bone Season’ series were very well received. How, as a young author, have you dealt with this response and was it an expected one?

It’s been humbling, sometimes overwhelming, and not at all expected. I feel very fortunate to be with such a supportive publisher — they believed in me from the beginning. Seeing that my words have travelled so far across the world is a dream come true. 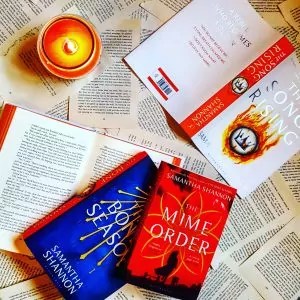 How do you think your dystopia series differs from others?

The main point of difference from a lot of dystopian fiction is that mine is mixed with a big dose of fantasy. Another difference is that many dystopias are concluded in the space of a trilogy, while I felt I needed a long series, as I want to explore my world on a global scale.

In the series, protagonist Paige Mahoney is persecuted because of her skill as a clairvoyant, yet continues to act as a strong female role model. Where did the particulars for her character creation come from? Does the subjection of her character have any implicit historical connections?

Paige was a voice before she was a character. I had never written at length in first-person before I wrote the opening paragraph of The Bone Season. As soon as I heard that voice in my head, I knew who she was. I prefer not to make direct historical comparisons, as I would rather the reader was free to interpret the novels in their own way.

The third book in the series, ‘The Song Rising’, is due for publication in March this year. What can readers expect from this book?

Each of ‘The Bone Season’ books is intended to be very different from the others. While the series follows the same characters and storyline, each instalment has its own ‘genre’ and setting, so the reader never knows quite what to expect — and guessing the end is virtually impossible. ‘The Bone Season’ was a prison break, ‘The Mime Order’ was a murder mystery, and ‘The Song Rising’ is a heist. Paige travels beyond London to Manchester and Edinburgh in this one, so you’ll get to see more of Scion Britain and get a glimpse of the world beyond its borders. 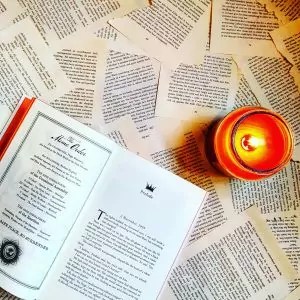 You are a female author writing in a heavily male-dominated genre. Have you experienced any criticism? And what are your opinion on this gender divide?

Although it has traditionally been male-dominated, many of the rising stars and big names of the genre are women, and there’s a real atmosphere of support and encouragement. Young Adult fantasy in particular is dominated by female authors: Sarah J. Maas, Victoria Aveyard, Sabaa Tahir, Leigh Bardugo and Cassandra Clare, to name a few. I can’t remember getting any criticism related to my gender, but I do occasionally get questions that I wonder if male authors are asked – once I was asked why my female protagonist wasn’t ‘strong like Katniss Everdeen’, for example.

With a total of seven books already expected in ‘The Bone Season’ series, and the final one not set for publication until 2021, your immediate writing future is already jam-packed! Are there any side or future projects we can expect, outside of this world?

In January I finished a first draft of a high fantasy novel called ‘The Priory of the Orange Tree’. I can’t say much about it at the moment, but it’s partly a retelling of the legend of George and the Dragon. In my editor’s words, it ‘combines chivalric legends, dragons, Elizabethan court life, magic and Japanese folklore’. I’m expecting my first batch of notes from my editor in mid-April.

Film rights to ‘The Bone Season’ are held by the Imaginarium Studios, Chernin Entertainment and 20th Century Fox. Is there any information you can share with us about this? Are there any particular celebrities you wish to see starring as your characters?

We have a screenwriter on board who’s working on a draft of the screenplay, and I’m really looking forward to seeing it. That’s all I’m at liberty to say. I’d love Benedict Cumberbatch to play Paige’s boss, Jaxon Hall, and I think Michael Obiora would make a great Julian, but otherwise I don’t really have a dream cast in mind. 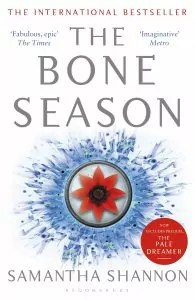 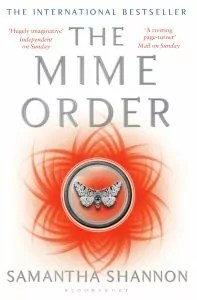 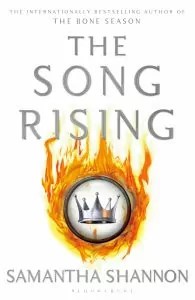 The first three books in The Bone Season series, as well as the prequel short story, are available in the UK and the US