5 reasons Gen Z are the chosen ones

"They understand that life is complex and not everyone is built the same, or starting from the same point."

This post was written by Lizzie Fry, author of The Coven

It’s no surprise the ‘youth of today’ is not popular with older people who have enjoyed the status quo so long. Gen Z have been raised on a diet of teen and young characters like Katniss, Triss, Harry Potter and many, many more. These characters speak truth to power and ‘punch up’ against tyranny.

Here’s a list of 5 reasons why Gen Z are The Chosen Ones … May the odds be ever in your favour!

Gen Z tend to believe in social justice in terms of the distribution of wealth, opportunities, and privileges within a society. They tend to understand the concept of intersectionality and how elements like gender, race, class, sexuality and more all ‘add up’ to create overlapping elements of disadvantage.

This is in stark contrast to older generations’ concept of meritocracy or ‘bootstrap theory’ … The notion that ‘anyone’ can do ‘anything’ (they just have to put their minds to it).

Gen Z rejects this as ‘toxic positivity’. They understand that life is complex and not everyone is built the same, or starting from the same point.

Older generations like to repeat the ‘Be Kind!’ message ad nauseum online, but I think we need to follow Gen Z’s lead on this. Recognising the various challenges individuals go through due to systemic inequalities strikes me as far more empathetic than telling someone that if they fail or find something difficult, it’s somehow all their ‘own’ fault.

2. They believe in accountability, not ‘cancel culture’

Every single time a celebrity, politician or writer gets criticised online, us oldies seem to line up crying about ‘cancel culture’. We may say that people are being ‘censored’ and ‘stopped’ from doing what they want, which is the foundation of ‘free speech’.

In contrast, younger people tend to believe in freedom of speech, but not freedom from consequences. They make the point that so-called ‘cancel culture’ is really about ACCOUNTABILITY. Accountability is something that is required from everyone at work and their private lives … Yet there have been people who have avoided this until now.

… They actually DO something! TikTok activists took on the might of (then) US president Donald Trump last year. They did this by reserving tickets for his rally to ensure nobody turned up.

Gen Z didn’t just stop there, either. It’s estimated 25 million people took place in the Black Lives Matter protests all around the world, too. This is attributed in part to social media, especially Gen Z’s ability to organise people who have never met in so-called ‘real’ life.

4. They put their mental health first

It’s reported Gen Z are more likely to report mental health concerns. What’s more, they do something about this too.

As someone with a history of severe mental health problems including suicide attempts, I wish I could have been taught how to do this when I was younger. Instead I kept it all bottled up inside with near-disastrous results.

Young people have been hit disproportionately hard by lockdown measures to defeat coronavirus.

Gen Z who are working are most likely to be furloughed or laid off altogether.

At universities, they have been locked in their student halls, kept from socialising and enjoying their time away from home.

Teenagers and younger children have had to stay indoors, out of school, not seeing their friends. They can’t go on outings, with many missing out on childhood favourite past times like birthday parties, visiting Santa, going to the cinema, park, or beach.

6. The Future Is Queer

A recent Ipsos Mori student discovered only two thirds of Gen Z identify as straight. This is the lowest number ever, just 66%. The study also reported young people are more likely to have a ‘less binary view of sexuality.’ Instead, younger generations may not use labels like ‘gay; or ‘straight’ at all. Instead, they may be comfortable of thinking of sexuality as a kind of ‘sliding scale’ they fall somewhere on.

It’s the same for gender identity, too. Research from VICE found 41% of Gen Z respondents from western countries identify themselves in the middle of the masculine to feminine scale. Experts believe social media has created this awareness amongst young people, allowing them to be their authentic selves much earlier than previous generations.

As a bi woman, I am delighted to see this shift. I was told non-stop – overtly and covertly – growing up I was ‘greedy’, ‘confused’ or ‘attention-seeking’ for liking women as well as men. I lived in Devon and knew no ‘out’ LGBT people, so social media would have been a real boon for me. I am glad Gen Z are able to find their people online and in real life.

So next time someone tries to tell you the ‘youth of today’ are worse than they’ve ever been, I suggest you tell them this quote …

“The children now love luxury; they have bad manners, contempt for authority; they show disrespect for elders and love chatter in place of exercise. Children are now tyrants, not the servants of their households.’

Is it from Twitter, Facebook or a newspaper journalist? Some believe it was the ancient Greek philosopher Plato, though others have determined it’s actually from a one hundred-and-fourteen year old dissertation by Cambridge student Kenneth John Freeman.

Either way it demonstrates that older generations typically have a downer on young people. I say, as a ‘golden oldie’ myself, let’s break the cycle and start appreciating them instead. 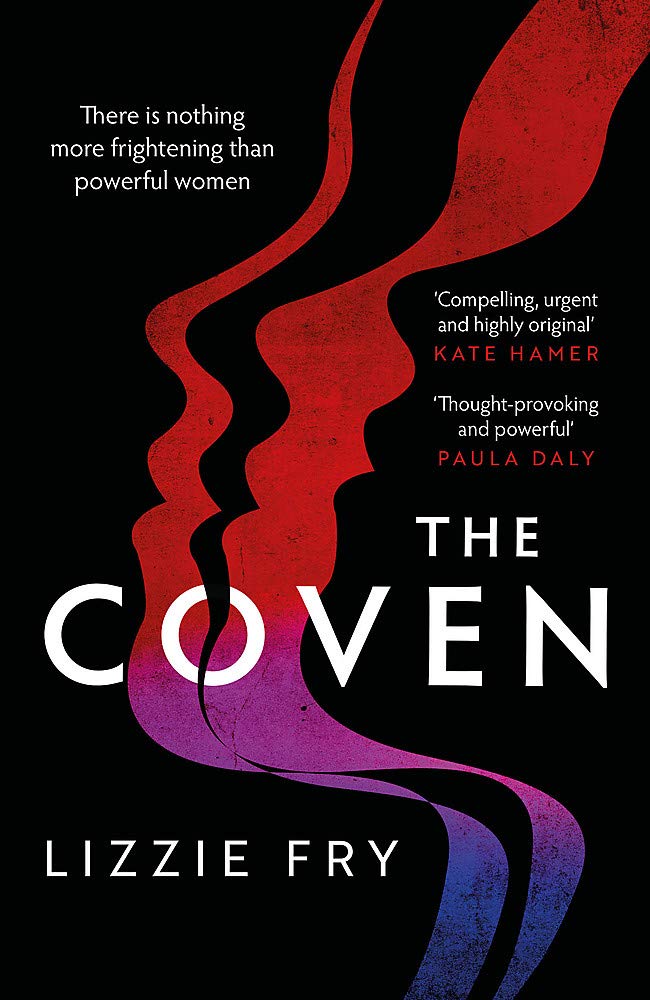 Get your copy of The Coven by Lizzie Fry here

Nick Jonas brings the romance in This Is Heaven

Amy McCaw discusses Mina and the Undead, Buffy the Vampire Slayer and outrageous…