Katya Balen won both the Yoto Carnegie Award and the Shadowers’ Choice Award this year with her beautifully written work, October, October.

To celebrate this year’s amazing shortlist titles, we are giving you a chance to win the entire shortlist. Yes, you read this right. All 8 books! Check out all the interviews we have done with the wonderful authors to learn more about each title. 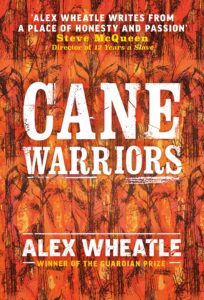 “One of the things a conquered people lose first is their language, so keeping a hint of that language in the narrative is very important to me.”

Based on the true story of an eighteenth-century slave uprising, Cane Warriors follows teenage Moa and the challenging decisions he must make as a ‘cane warrior’ fighting for freedom from the Jamaican plantations. 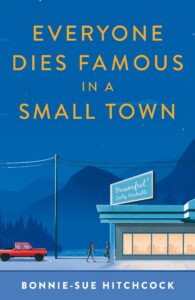 Bonnie-Sue Hitchcock – Everyone Dies Famous in a Small Town

“It was very intentional that the connections not be over done, so I tried to write each one as a stand alone keeping in mind where I was going overall.”

Everyone Dies Famous in a Small Town is a collection of short stories linked by towns in Alaska and the American West. Whether the teenagers are brought together by the spread of wildfire, by the priest who’s moved from state to state or by the hunt for a missing child, these incredible tales blaze with secrets, rage and love. 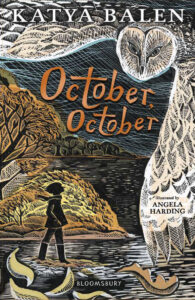 October and her dad live in the woods. They know the trees and the rocks and the lake and stars like best friends. They live in the woods and they are wild. And that’s the way it is. Until the year October turns eleven. That’s the year October rescues a baby owl. It’s the year Dad falls out of the biggest tree in their woods. The year the woman who calls herself October’s mother comes back. The year everything changes… 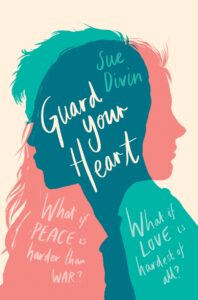 “History is something we tend to learn with our head. Novels teach us through empathy – through our heart.”

Guard Your Heart is both a touching love story and an empathetic exploration of the Northern Irish Troubles. Aidan is Catholic, Irish, and Republican. Iona is Protestant and British. At a post-exam party, Aidan wanders alone across the Peace Bridge and becomes the victim of a brutal sectarian attack. Iona witnessed the attack; picked up Aidan’s phone and filmed what happened, and gets in touch with him to return the phone. 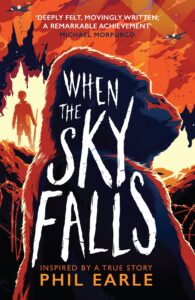 Phil Earle – When the Sky Falls

“What I’m interested in people’s ability to do good, regardless of the difficult starts to their lives.”

It’s 1940, and Joseph has been packed off to stay with Mrs F, a gruff woman with no great fondness for children. To Joseph’s amazement, she owns the rundown city zoo where Joseph meets Adonis, a huge silverback gorilla. Adonis is ferociously strong and dangerous, but Joseph finds he has an affinity with the lonely beast. But when the bombs begin to fall, it is up to Joseph to guard Adonis’s cage should it be damaged by a blast. Will Joseph be ready to pull the trigger if it comes to it? 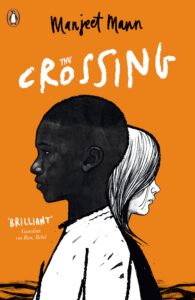 “I wanted to make sense of what I was seeing and I wanted to do something that would help build empathy and understanding.”

Natalie’s world is falling apart. She’s just lost her mum and her brother marches the streets of Dover full of hate and anger. Swimming is her only refuge. Sammy has fled his home and family in Eritrea for the chance of a new life in Europe. Every step he takes on his journey is a step into an unknown and unwelcoming future. 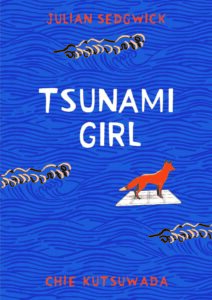 “Amidst the trauma and sadness there was humour, and a determination to build new, possibly even better, communities.”

Tsunami Girl, inspired by the Fukushima earthquake and tsunami in 2011, leads the non-Japanese reader into an examination of Japanese life and culture, featuring a mixture of folk tales, modern-day ghost stories, and Manga. 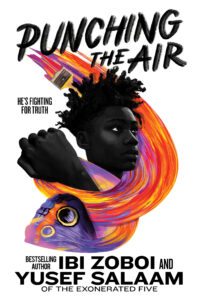 “Hope is knowing that there is always another day, another minute, another second to make things right.”

A powerful YA novel in verse about a boy who is wrongfully incarcerated, Punching the Air tells a moving story about how one boy is able to maintain his humanity and fight for the truth in a system designed to strip him of both. At just sixteen years old, Amal Shahid’s bright future is upended: he is convicted of a crime he didn’t commit and sent to prison. Despair and rage almost sink him until he turns to the refuge of his words, his art. This never should have been his story. But can he change it?

Missed out on all the fun from this year's #CKG22 award? We are giving you a chance to win the ENTIRE shortlist from the Yoto Carnegie Award. Yes, all 8 titles!

Terms and Conditions
1. No purchase necessary. A purchase will not increase your chances of winning.
2. This giveaway is open to residents of the United Kingdom only.
3. This giveaway opens July 1 at 3pm and closes on July 14 at 3pm.
4. One (1) winners will be selected at random from all applicable entries. The prize consists of one (1) copy of each title from the shortlist. Prize has no cash value and no alternative prize is available.
5. Winners will be contacted via Twitter direct message by @unitedbypop after the giveaway closes. Winners must provide United By Pop and Yoto Carnegie Greenaway Awards with their full name and mailing address to receive their prize. If winner fails to do so within 24 hours of being contacted, winner forfeits their prize and a new winner will be selected.
6. United By Pop is not responsible for prizes that are lost or damaged in the post. Prizes may take up to 90 days to arrive.

Emily Thiede on her debut rom-com YA fantasy, This Vicious Grace