United By Pop received a free copy of Charlotte Says in exchange for an honest review, all opinions are our own. This post may contain affiliate links.

Review: Autumn is the season of more than just pumpkin spice lattes. The increasingly dark evenings and the bleaker weather lends itself to nights spent devouring some creepy, horror reads. In the lead up to Halloween, we have been doing just that. And so, it seems, has Zoella!

One of her most recent book club additions, ‘Charlotte Says’ by Alex Bell, already forms part of the ‘Frozen Charlotte’ duology as well as the ‘Red Eye’ horror series. We discovered what made Bell’s writing join the bands of such elite titles and what makes her books the perfectly haunting, autumnal reads. 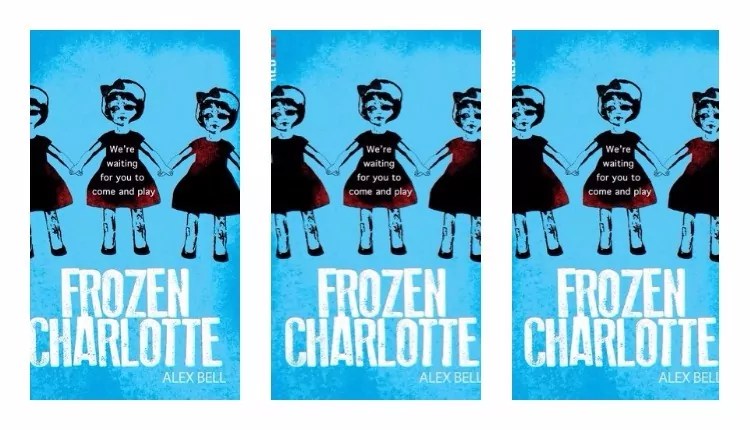 Frozen Charlotte: So the line of creepy dolls adorning this book’s front cover should have clued me into the fact that, upon reading this, I would be unable to have an easy night of sleep for quite some time! I read ‘YA horror’ and assumed this to be a tame, but thrilling story. Oh boy, how wrong could I be!?

In the first book by Alex Bell, Sophie is anticipating her stay with her cousin to provide a few weeks of freedom and fun. However, haunted by the tragic death of her best friend and the spooky circumstances that led up to his demise, she arrives bringing more baggage than just her psychical ones. Her cousins, already consumed by their own grief, have no room to support anymore. Since the death of their sibling Rebecca, years before, the family has forever been fractured, and Sophie had no idea how deep the fissures run. Now the smiling cousins she remembers from her youth are sombre and burdened individuals. And Sophie is left to repair both the memory of this once-happy family as well as discerning the particulars of her best friend’s death, alone. But maybe she isn’t as alone as she first thought…

I was overwhelmed with how aggressive the shock factor of this book was! Instead of an introduction to the characters and an overview of their lives, before sh*t got cray, the reader is invited to a seance, views a ghostly visitation, and oversees a death all within the first few pages! From this pulse-quickening beginning, the story does not let up any of its pace until the final page, if turned.

Once Sophie is reunited with her family I assumed the chill I felt whilst reading this would abate. If the protagonist is to be continually surrounded by other individuals then surely this high-stakes horror could not continue? And this is where I found that the setting would continue to play as big a part in the tense dread, that pervades every aspect of this book, as the plot line.

Sophie’s cousin resides in the converted Dunvegan School for Girls, on the rural and the dreary Isle of Skye. The setting alone is enough to infuse each scene with a pervading sense of eeriness. In much the same way of traditional Gothic texts, that I so adore, the ‘haunted mansion’ setting fills this book with shadowed corners and creaking stairs that both heighten the actual horrors contained there and provide additional fears, real and imaged, for the reader to obsess over.

The events that occur are supernatural and sinister from the outset and continue in much the same vein, only more pronounced, once removed to this isolated setting. The brutality of the scenes and the haunting creep of dread that infuse every single chapter make this a macabre dream for any horror fan. For that reason, this makes this not a book suited to a younger audience, as I had previously perceived.

It was surprisingly heartening to see Alex Bell portray the horror genre so brilliantly and vividly, in such a contemporary setting and with such a young cast of characters. Both are things I have previously found counter-productive to the chilling atmosphere the genre is meant to provide the reader with. I have found that modern technology often ruins much of the suspension of belief that the reader contributes to a historical horror, and a younger character set can often be synonymous with tame horror. Both of these assumptions were eradicated within the first few chapters of this book and Bell did not allow the suspense or eeriness to slip even one iota as the novel progressed. Equal parts chilling as thrilling, this horror is sugar and spice, and none of its nice! 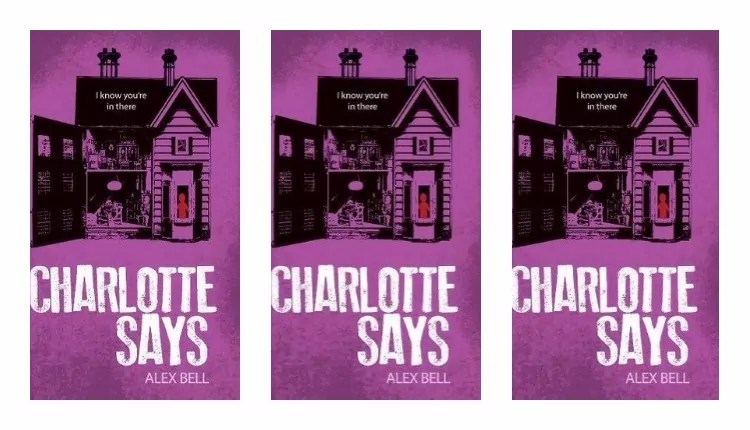 Charlotte Says: The second Alex Bell title is a prequel of the events that occur in ‘Frozen Charlotte’ and can both be read before, as a prequel, or after, to provide context.

Whilst the original tale featuring the creepy Victorian dolls has a contemporary setting, this transports the reader back to 1910. The converted home of the former story is thriving in its original purpose as Dunvegan School for Girls. Jemima, just seventeen herself, is recruited to aid in the care of the handful of destitute and unwanted girls who board there. Fleeing the fire that ruined her home and killed her mother, she has as many memories to haunt her as the girls she is caring for. But when sinister events begin to occur and the girls start to turn on each other, their collective past woes seem long-forgotten. But Jemima’s, in particular, could have more relevance to their present horrors than she could ever have imaged.

Whilst on a similar theme and in the exact setting of the original tale, the historical period allowed this to become an altogether different story. The dolls that haunt ‘Frozen Charlotte’ are beginning to become attuned to their potential here and a larger focus of the book is centred entirely around them.

The idea of haunted dolls is never not going to be terrifying, yet I found this was delivered in a far tamer manner that belied the eeriness of its focal point. Whilst the other tale is suited towards an older audience, due to the overwhelmingly horrifying events, here the same chilling atmosphere provides a less terrifying story. One still infused with an uncanny tensity but also one that didn’t afford me any nights of sleep.

This was also an interesting insight into the historical period detailed. The wider cast of characters, from all different backgrounds, allowed many points of entry to properly illustrate the way of life of the early 20th-century female. Attitudes towards and the treatment of women shaped the events of the novel, and it was heartbreaking yet illuminating to see a depiction of this treatment.

With this deeper focus, than that of the purely horrifying, this was a far more complex read than its Alex Bell predecessor, but also a far less terrifying one. Both elements worked together to make this read just as interesting as the previous one, but for completely different reasons.

What do Wonderland, Sleepy Hollow and Victorian London have in common?

Shakespeare retellings the bard would (probably) approve of