"I read the likes of Gone Girl and The Girl on the Train and wanted to put a YA-spin on that type of thriller."

Looking for a book that will have you on the edge of your seat, questioning each character and second guessing every word? Look no further than Are You Watching? the creepy and utterly addictive new YA thriller from Vincent Ralph.

We sat down with Vincent to discuss all things social media, writing thrillers and Are You Watching?

Congratulations on the release of your debut novel, Are You Watching? For readers who may not have read it yet, what’s one thing you would like them to know before going into it?

Thank you so much. The novel is a thriller with a social media twist. Jess was seven when her mother was murdered. She’s now 17 and using a YouTube reality show to try to catch the killer.

What was your biggest inspiration behind writing Are You Watching?

The movie Scream was a big inspiration for what I wanted to do with this novel. I loved the post-modern twist on horror and the strong female protagonist so I wanted to do something similar in book form.

The short, snappy chapters in Are You Watching? made for such an intense, fast-paced read. What made you decide to structure it that way?

I often envisage my chapters like scenes in a film. I’m not a big fan of long chapters in books and wanted to create the feeling ‘Just one more’.

Social media has a huge presence in the novel and is incredibly significant throughout the plot. What inspired you to make social media such an integral part of the plot and mystery?

It always used to be the case that, if you locked your doors and windows, you kept the monsters at bay, but social media has changed that. I wanted to twist that slightly with this story, showing both the positives and the negatives of never being able to truly shut down.

These days a person’s reach is immeasurable if they get lucky (or unlucky) enough. I like the idea of Jess taking something that is now a massive part of our lives and using it not solely for likes and shares but for justice.

What was it that drew you to write a YA thriller over other genres?

Teenagers are strong. They will fight for what they believe in no matter the obstacles and Jess’s story fit the genre perfectly. I read the likes of Gone Girl and The Girl on the Train and wanted to put a YA-spin on that type of thriller.

Can you share with us one piece of advice you would give to aspiring authors wanting to write a YA thriller?

Write something that truly excites you. Write a mystery that you want to solve. And, most importantly, just write.

There are many incredibly tense and creepy moments throughout the book. Be honest, did you ever freak yourself out while writing?

There were definitely a couple of times when I felt a bit on edge. I won’t mention specific scenes but, because I let the story lead me, and because I usually write at night, I wasn’t always my calmest self.

We don’t want to spoil anything, but the ending to Are You Watching? was pretty epic! Did you always know it would end the way it did or did you unravel the mystery as you wrote?

Thank you. I had no idea how it was going to end when I started. I’m not a planner. I just sit down and see what happens. That’s half the fun.

Finally, if you were in Jess’s position, do you think you’d have solved the mystery of The Magpie Man?

Jess is a lot stronger than I am. Her perseverance and her love for her mother are what push her into things I would probably avoid. Some might call her reckless but I think she’s incredibly brave.

Get your copy of Are You Watching? by Vicent Ralph in the UK & US 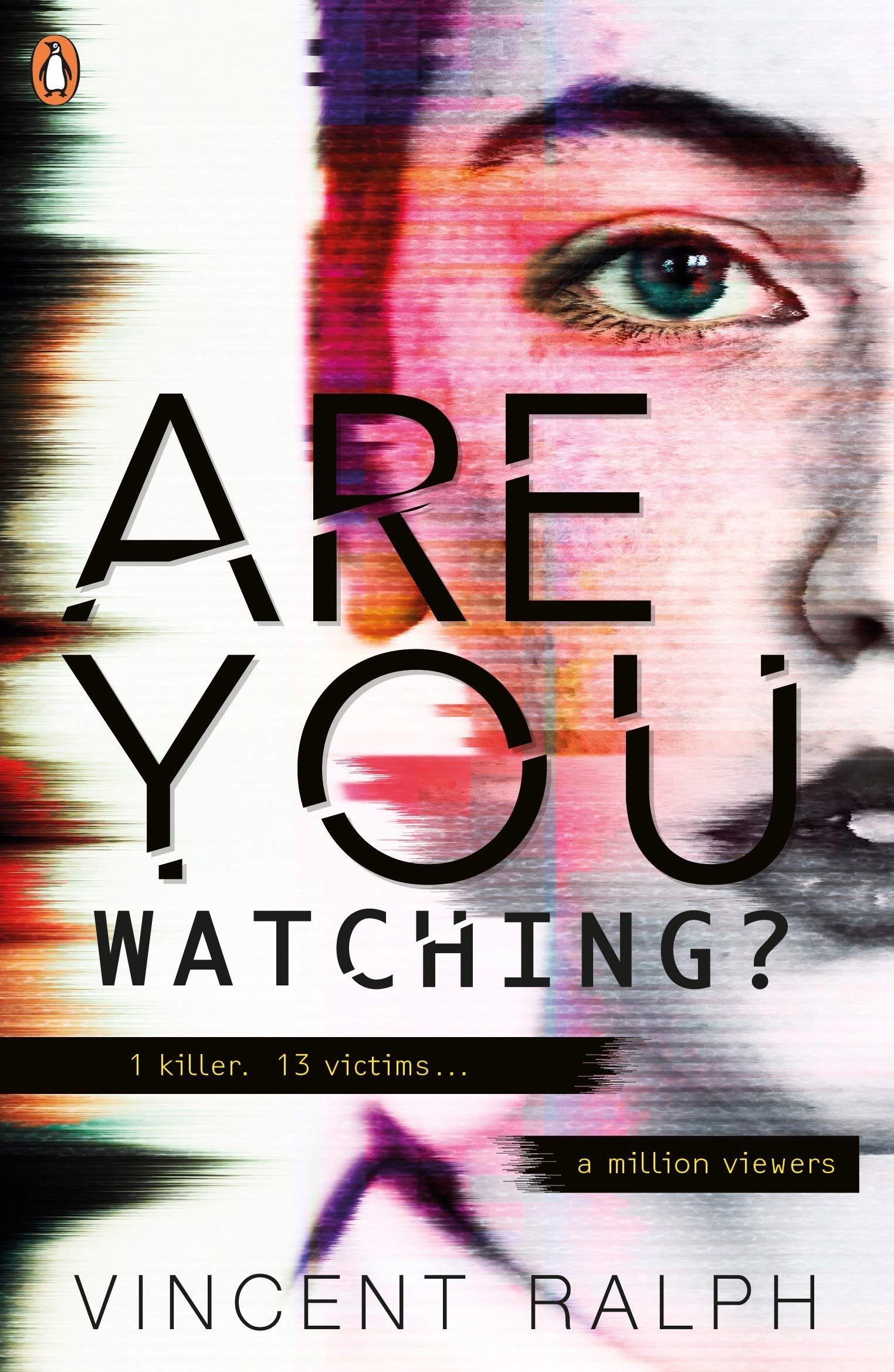