Amy McCaw's debut YA novel is packed with pop-culture references and twists.

Amy McCaw’s debut young adult release Mina and the Undead will have you turning the pages quicker than your eyes can keep up with. Set in 1995 New Orleans, this thrillingly perfect paranormal read is packed with pop-culture references and twists. Read more about the release in our exclusive interview with Amy as we spoke to her all things Mina and the Undead.

Hi Amy, thanks so much for taking the time to speak to us! For those who haven’t picked up a copy of Mina and the Undead yet, how would you describe it in 5 words?

Thank you for having me! I think these five words capture Mina and the Undead pretty well: Gothic, murder, vampires, 90s and sisters.

Mina and the Undead is so cleverly written, intertwining New Orleans’ vampire legends and myths, slasher movies, 90s references and twists and turns! How did you first come up with the idea?

Thank you so much! I visited New Orleans in 2012, and there were so many interesting locations and local myths. These formed the foundations of the plot, and I built in the pop-cultural references and twists with each round of edits.

The 1995 setting came from the fact that more people were murdered in New Orleans in 1994 than any other up to that point and it was also the year Interview with the Vampire was released, sparking off a flood of tourists to New Orleans. I wanted to explore how a murder mystery might become entangled with this period of vampire obsession.

Which character do you think you relate to the most and why?

I relate the most to Mina. I don’t always relate to my viewpoint characters, but in this case I poured all of my interests into the book. Like me, Mina loves movies, books and visiting creepy locations. We also ended up sharing a few personality traits, like being over-analytical and loving a good adrenaline rush. She does rush into danger a lot more than I do though! If you want to find out which character you’re most like, there’s a quiz on my website.

If you worked in The Mansion Of The Macabre, which movie would you recommend to each of the characters in the book?

That’s a really good question! I’ll go for some of my 90s favourites to keep with the time period of the book. Lucas would definitely enjoy the macabre visuals, dark subject matter and humour of Beetlejuice. Se7en would satisfy Jared’s fascination with serial killers. Libby’s definitely more of a Cruel Intentions girl. She’d love the relationship drama and sharp dialogue. Mina would appreciate The Faculty. A group of teenagers realise aliens are trying to take over the world, starting with their school. I think Mina could relate to that desire to solve mysteries and fix things. I’d recommend Last Action Hero to Della. She wouldn’t be able to resist a Schwarzenegger movie, as he takes on various movie villains and saves a hapless kid from himself.

If you could bring one thing back from the 90s to present day what would it be and why?

I’d bring my Point Horror collection back to the present day, making sure I picked up any missing books while I was there. I regret getting rid of them, and I’m in the process of rebuilding my collection.

Did you find it difficult to write a story that was set nearly 20 years ago?

That was one of the hardest things about writing Mina and the Undead. I was a teenager in the 90s, but I grew up in England and there are a lot of things I’ve forgotten! I wanted to get the fashion, music, movies and 90s feel right, so I ended up reading a lot of books and films set in the 90s, as well as doing plenty of research. Unfortunately, the 90s setting of my childhood is now classed as historical fiction!

We loved the song references scattered throughout the book – who are you listening to right now? Do you listen to certain types of music or artists when you’re writing?

I have a one-year-old son who is obsessed with the Moana soundtrack, so I’m mostly listening to ‘You’re welcome’ on repeat. Lucky me! When I get to pick the music, my taste hasn’t moved on since I was at school. I’m still listening to Blink 182, The All American Rejects and Green Day.

I don’t usually listen to music while I’m writing, but occasionally I’ll put a specific song on to set the mood for a scene. I played quite a lot of Rasputina (whose music was featured on Buffy) when I was writing scenes set in my Gothic bar, Empire of the Dead.

There were so many! Where to start… It’s probably a tie between the donut bigger than my head at Round Rock Donuts in Texas or the red velvet pancakes at Mac 24/7. The waiter talked me into ordering a child’s portion, and I felt a bit insulted until it arrived: three pancakes almost as big as the table with a range of sauces and syrups. Now I’m hungry! We also tried delicious barbecue from an indoor barbecue pit, a steamed burger and a burger with three grilled cheese sandwiches for the bread.

You’re a huge fan of Buffy the Vampire Slayer – who do you think is the most underrated character from the series?

I can’t answer this question without taking a moment for my favourite character: Spike. I could fill a whole article talking about him! As for the most underrated character… I have to go with Harmony. I love how she went from a two-dimensional mean girl to a vampire, and it was only then that she started to feel comfortable in her own skin. A little like Caroline from The Vampire Diaries…

Lastly, what advice would you give to someone looking at writing their first book?

Don’t worry about who might read it or whether you’ll get published when you first start writing. Write a book you want to write, and if you’re like me, fill it with things you love that gets you excited about writing. Once you’ve got something you’re happy with, find a trusted critique partner. I’ve learned so much from other writers, and I don’t think I would’ve got published without them. 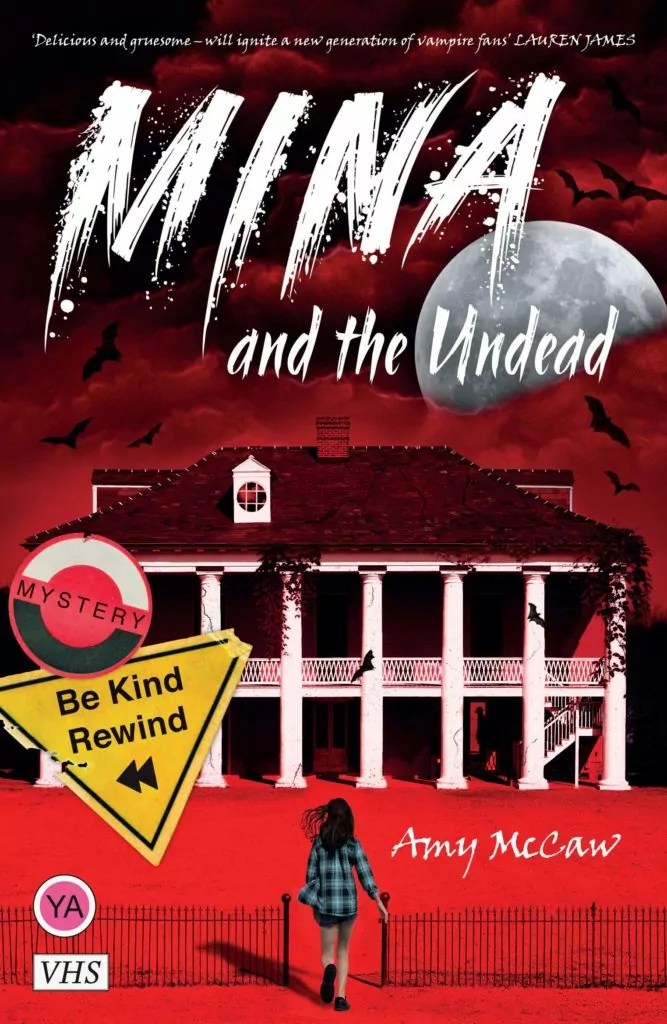 Mina and the Undead is available to buy everywhere now, here.

Alechia Dow on her new YA sci-fi, The Kindred

60+ anticipated 2022 YA releases from January to June

Katherine Webber on her mysterious new YA novel, The Revelry

Read an exclusive extract of Emma Lord’s YA Mama Mia inspired rom-com, When You…