One night in September I had a mad dream about a book I’d last read twenty years before. It was one of those dreams where you suddenly realise something urgently important at 3.00 in the morning, just when it’s not possible to do anything about it.
I decided that night, from what it turns out was a very hazy recollection of the plot, that I had inadvertently copied John Wyndham’s 1953 novel, The Kraken Wakes when writing my own. I was absolutely certain my plot was the same; but when I read it again the next morning, the differences between my book and John Wyndham’s masterpiece were far more obvious than the similarities.

As is generally the way with these middle-of-the-night panics, there was nothing to worry about, because there really are only two similarities between John Wyndham’s book and mine: the use of the word ‘kraken’ (though his monsters are in fact aliens), and the fact that both novels feature sea levels rising. John Wyndham’s book reflects the tensions of the Cold War, the uncertainty of space exploration, and memories of rationing. While it is an excellent book, its concerns and themes do date it, and its concentration on the newly developing television and radio networks make it feel very much like an historical novel. But what really makes the novel feel old, is the fact that John Wyndham had to invent a reason why sea levels would rise. Back in 1953, it seems that the idea of the ice caps melting was so unlikely he had to have aliens drilling beneath them to heat up the water. It is startling that just 65 years ago this seemed like something only aliens would do, as part of a deliberate attempt to wipe out humanity.

The most obvious difference between my book and The Kraken Wakes is that I haven’t needed to explain how or why sea levels have risen, because not only is it already happening, it seems inevitable it will get worse.
One of the inspirations for my book was a President Trump supporter being interviewed about climate change. He didn’t deny that it was happening, but he wasn’t particularly concerned about it. He explained, eloquently, and to cheers in the background, how it was fine if sea levels rose, because this was all part of God’s plan. Not only was God planning climate change, he continued, but sea levels had already risen in the Bible. His contention was that Noah had been fine, and humanity had recovered. It had also, he added, been a way of cleansing the world of evil people. There were particularly loud cheers at this point.

Climate change is looking likely to be the most important crisis of the next century, if not the most important crisis this millennium. With July 2019 being the warmest month ever recorded globally, even climate change deniers are having to find explanations for what is happening. Appropriately, therefore, Jelly has ecological disaster as its central concern. It is set in a time period after sea levels have risen, but when the traces of human pollution still exist. It looks at survival, the existence of the human race, and the changes climate change could bring to our ecosystem. I’m fairly sure there aren’t giant monsters living under the sea (though I can’t be sure!), but changes to our climate will certainly affect the evolution of animal life.

Books, like John Wyndham’s, have often had an uncanny way of predicting the future. And as in the Bible, we have also used stories for analysing our present, as well as exploring possible futures or pasts. We have very little information about Noah and his family. Even if you assume that the story is true, we don’t know very much about the thoughts and feelings, or the tensions and fights, of the people (and animals) on board. We know nothing about the rest of humanity at all, except that they died. In the re-telling of the Noah’s Ark story over centuries, many of the human aspects of the tale seem to be missing.

It seems obvious that climate change is likely to affect teenagers more than the politicians who are currently avoiding dealing with it. I hope very much that sea levels don’t rise any further and that we manage to regulate the world’s climate quickly. But even if we achieve this miracle we need more books with a focus on climate change, and the possible consequences of ecological disaster. Avoiding extinction is something which the next few generations of humanity may have to face. Books obviously won’t prevent this, but they will help us think about it and explore both the human consequences and strategies for survival.

While Jelly isn’t the only YA book with a climate change theme, I’d love it if ecological disaster was a central feature in even more books. We are about to face a new world in which today’s teenagers are likely to have to spend their time cleaning up the messes left by the generations before them. Stories (however unlikely and inventive!) would help prepare them, and would help them process solutions. 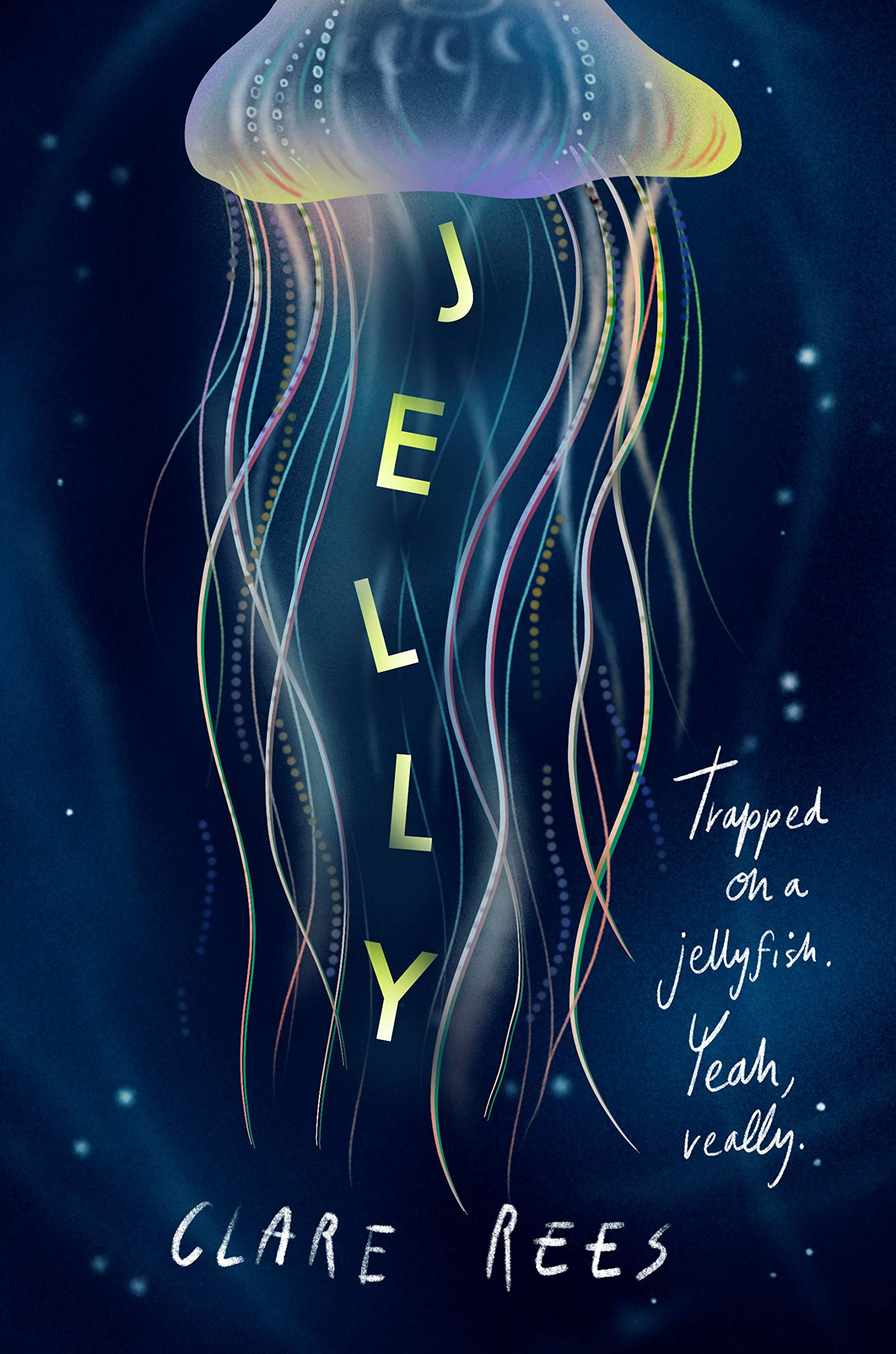 Order your copy of Jelly by Clare Rees in the UK and US now.