"I made him out of all the YA love interests I’ve fallen for myself over the years, and here’s my tribute to them."

This post was written by Caroline O’Donoghue, author of All Our Hidden Gifts

It’s difficult to imagine a YA book without a romance in it. I mean, sure. They happen. But while this might make me an utterly basic reader, a YA fantasy without a good romantic subplot is kind of like eating a white pizza. I’m sure there’s a market for it, and I’m sure it’s well made. But it’s not for me. Give me the sweet acidic pop of tomato sauce under all that cheese and sausage. Give me love and make it messy.

These kinds of books live and die by the strength of their romantic heroes and heroines: someone our protagonist can fall for utterly, and who the reader can be weak for too. Take it from me – this is among the hardest feats a writer will ever have to pull off, and if you don’t quite stick the landing, the reader will let you know. Quickly. There are thousands of blogs, tweets and Tumblrs dedicated to romantic leads who are problematic, uninspiring, or – possibly the most damning indictment of all – simply not hot.

How do you make a fake person hot? How do you convince your reader that your protagonist, who is probably trying to save the world already, has met someone so compelling that they can momentarily forget everything else that’s going on? When I was writing my YA debut, All Our Hidden Gifts, it became clear to me that whoever my protagonist Maeve fell for would have to be extraordinary. This is a girl who is already responsible for the disappearance of her former best friend, and who is quite literally trying to move worlds to bring her back.

I knew what I didn’t want. I didn’t want another Tomboy-Meets-BabyMan scenario. I didn’t want a girl who has always considered herself ‘one of the guys’ and falls for her rugged, huge, mostly silent neighbour while they both work fixing his classic car together. I’d read a lot of those stories growing up, and they left me a little cold, like I would never find love because I couldn’t use a wrench. I didn’t want someone obscure and brooding – one of those romance leads who is so very mysterious that you suspect that even the author has no idea what is going on inside his head. I wanted someone grounded, and kind, and femme. I didn’t want Maeve to be ‘one of the boys’ ; I wanted him to be ‘one of the girls’.

Then out of the woods came Roe. Roe, whose nail varnish is ballet slipper pink at the beginning of the novel, so faint you can hardly notice. Roe who questions everything, Roe who is a little done with gender, Roe who won’t kiss you until he is absolutely sure. Roe who will wear your lump of rose quartz under his clothes.

But I didn’t make him out of nothing. I made him out of all the YA love interests I’ve fallen for myself over the years, and here’s my tribute to them.

Dragon from Uprooted by Naomi Novik

“You intolerable lunatic,” he snarled at me, and then he caught my face between his hands and kissed me.”

I haven’t met a single person who has read ‘Uprooted’ who isn’t completely obsessed with it. And despite the slightly Beauty and the Beast set up – young woman is taken from her town to go live with a horrible turd person – I still genuinely did not see this romance coming. He is just SO unpleasant, so awful, so controlling, to the extent that you find yourself thinking: she’s not actually going to expect me to root for this guy, is she? But somehow, Novik pulls it off. By the end, not only is Dragon brought to heel, but you strongly suspect Agnieszka is the one who has the upper hand in the relationship. 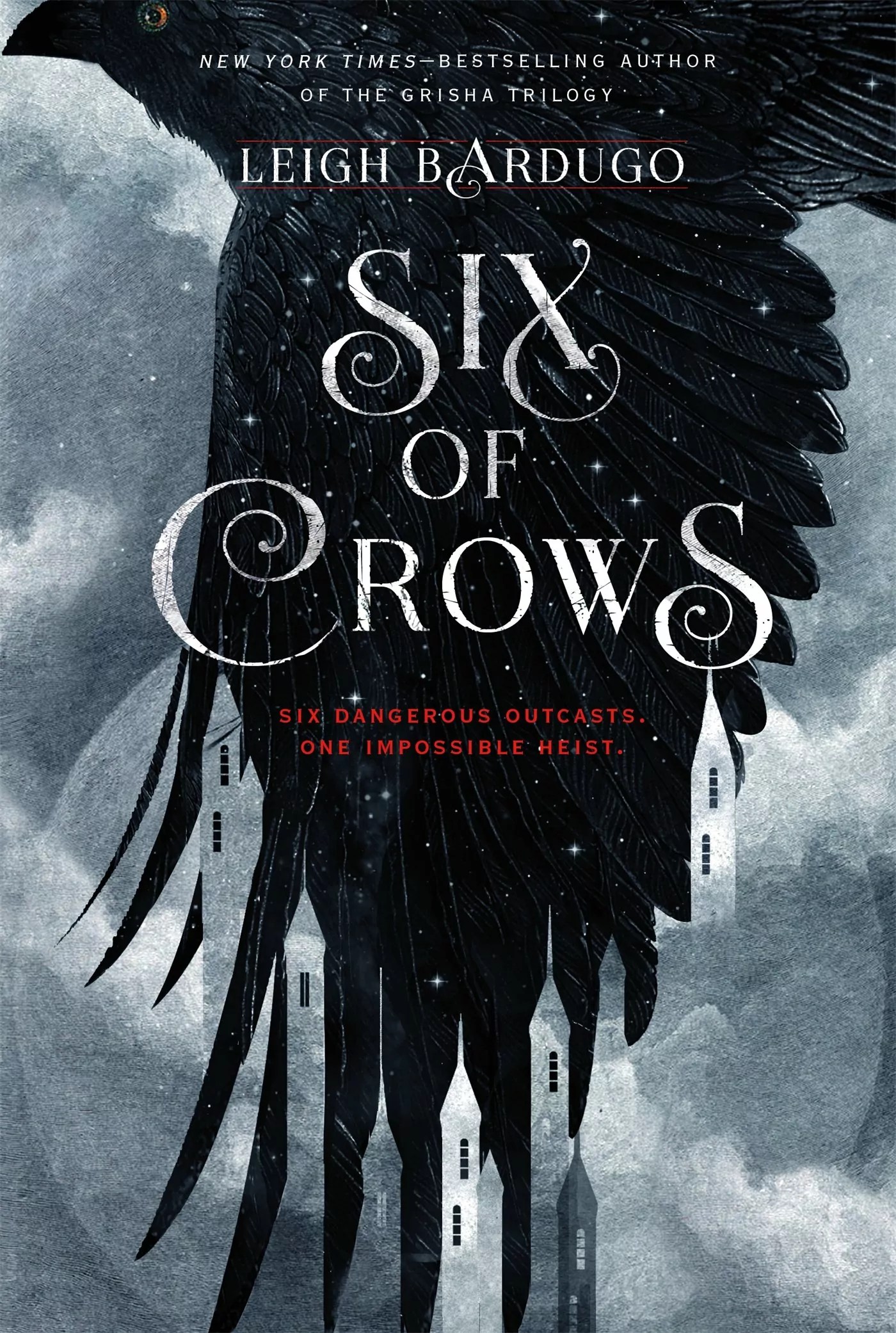 Kaz Brekker from The Six of Crows Series by Leigh Bardugo

“I will have you without armor, Kaz Brekker. Or I will not have you at all.”

I won’t lie to you. I’m a pervert. There’s a reason I’ve read the entire A Court of Thorns and Roses series; I like a good sex scene, I like physicality, I like being reminded what everyone’s body is doing. I like bitten lips and hard kisses and all the rest of it. Which is why Kaz and Inej are such amazing characters: a fully passionate, throbbing, pulsating relationship with almost no physical contact whatsoever, and certainly no kissing. YA is famous for its lingering gazes, to the point where it’s a cliche, so I’m frequently astounded by how much Bardugo can do with a look, a word, the slight flexing of a hand. Bardugo never ignores sexuality, she makes fireworks out of the absence of it. 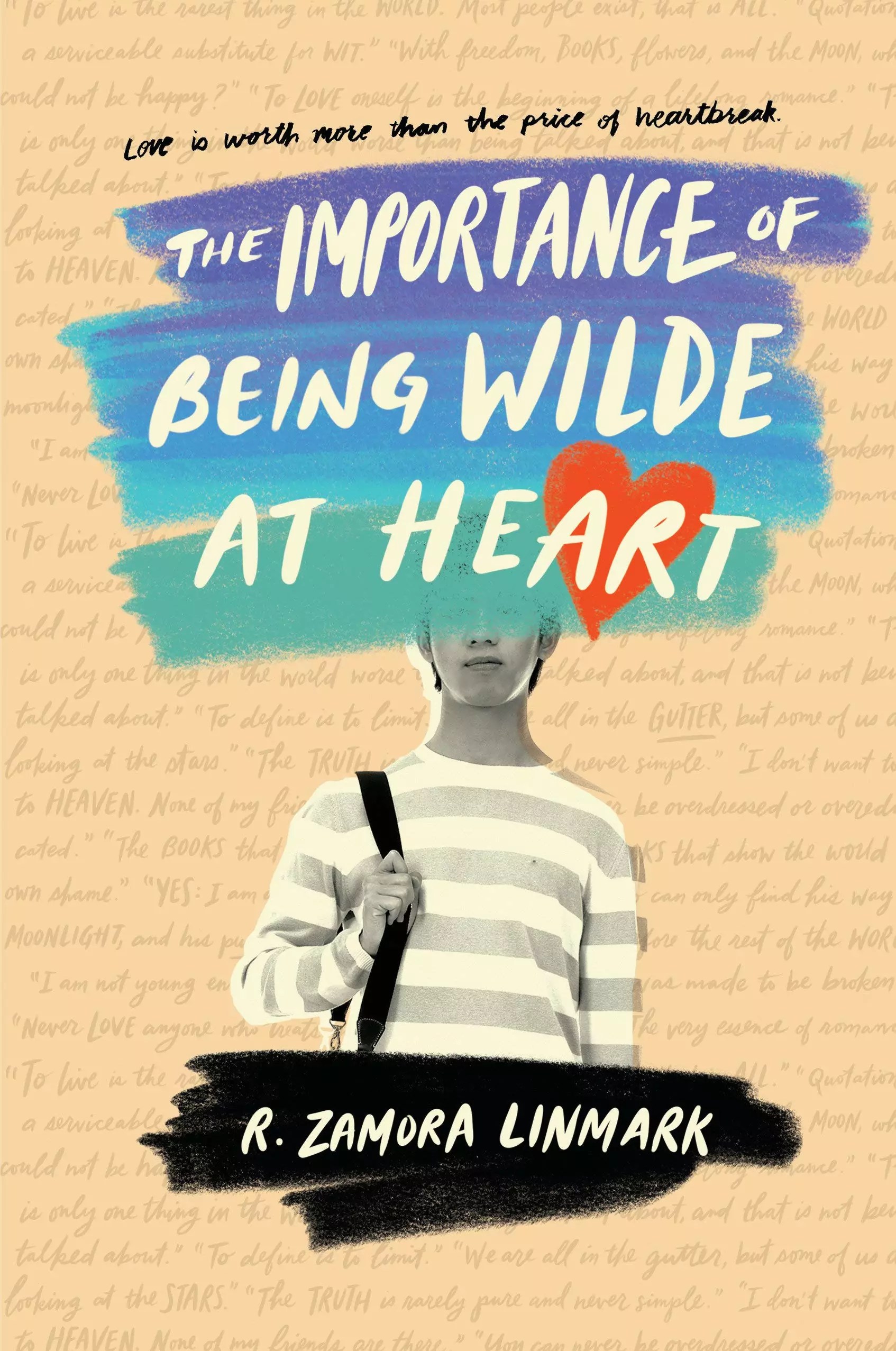 Ran from The Importance of Being Wilde at Heart by R. Zamora Linmark

“What if he turns out to be the Dorian Gray of North Kristol who never gets old because he likes to hang out in the underworld and smoke opium? Does that mean he is a sucker for vices? Does that make me an accomplice to his vice? Am I a vice?”

We’ve all had that fantasy: the one where you’re reading a book in a public place, and a hot boy with a cool car comes up to you and says it’s his favourite book, by his favourite author, who just so happens to be your favourite author. Oh, god, no, it’s all over. Kill me! Shoot me dead!!!

In Linmark’s world, Ran and Ken-Z are two boys living on either sides of a harshly separated society in the South Pacific. But they’re also just two teenagers who are obsessed with Oscar Wilde, fall madly in love, and then even more madly into heartbreak. 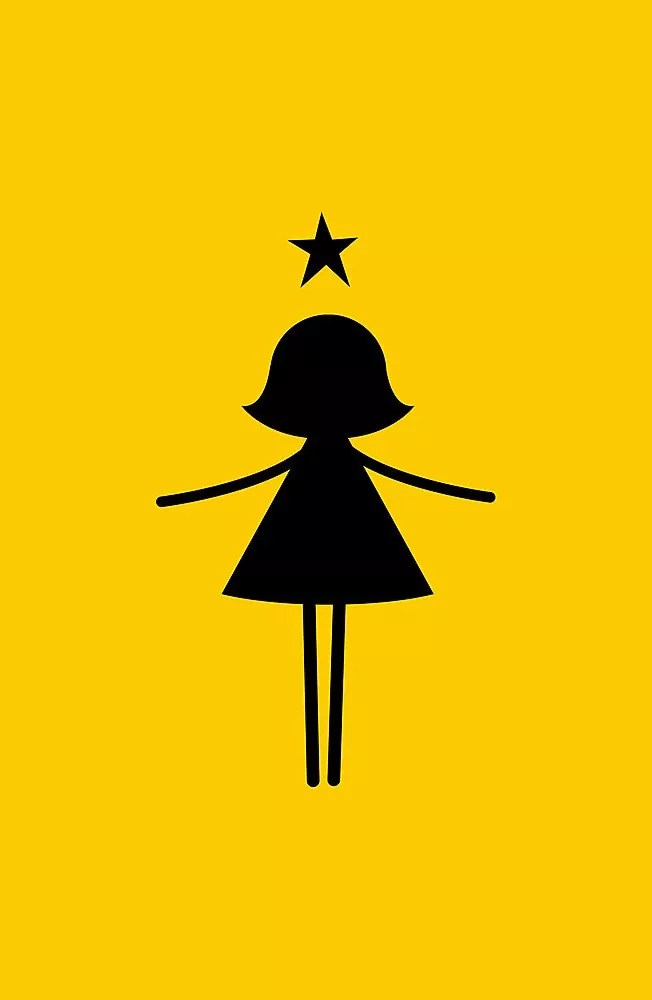 Stargirl from Stargirl by Jerry Spinelli

“She liked you, boy.” The intensity of his voice and eyes made me blink.
“Yes,” I said.
“She did it for you, you know.”
“What?”
“Gave up her self, for a while there. She loved you that much. What an incredibly lucky kid you were.”

‘Manic pixie dream girl’ is a term that was coined over a decade ago to describe a trend of young dull men falling in love with unusual women. It became a bad joke very quickly. Stargirl predates the term, but could easily be dismissed as the ur-text for ‘manic pixie dream girl’. An unusual girl shows up one day in a small Arizona desert town, and her oddness and general refusal to observe social conventions make her, in the space of one school year, both the most popular girl in school and eventually the most despised. Our protagonist Leo is the boy in love with her, still haunted in middle age by how they ended things. This isn’t a story about how the strange young woman changed the young man; it’s a story about how he tried to make her change, and lost her in the process. 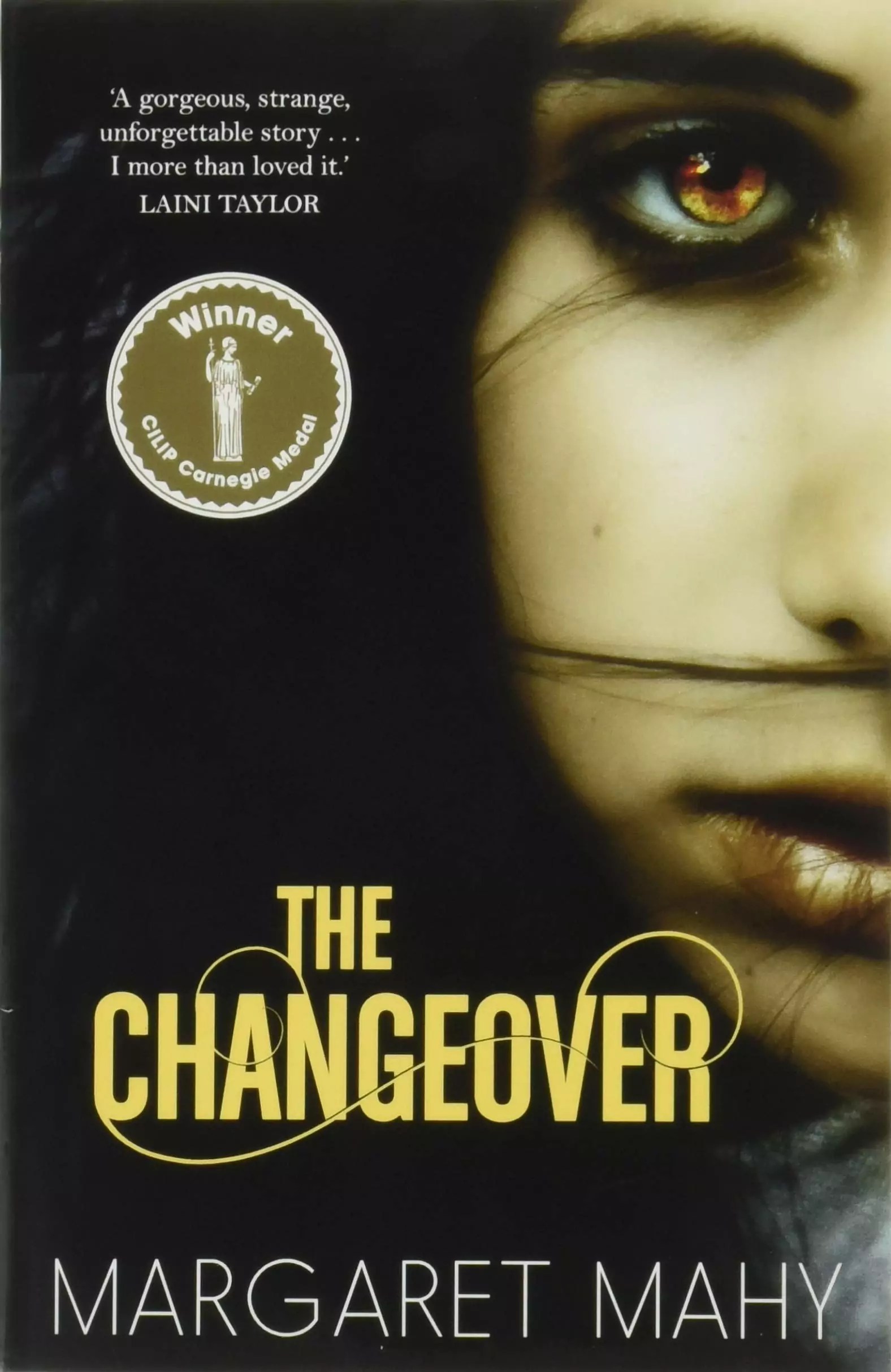 Sorenson Carlisle from The Changeover by Margaret Mahy

“I’ll kiss you because I want to,” siad Laura. “Not because you do.”
“I’ll settle for that,” Sorry replied. “But be gentle with me.”
However, he was not gentle himself and neither was Laura.

I first read The Changeover when I was fourteen and I have loved Sorry Carlisle ever since. In fact, I’m pretty sure I would still abandon my life and everyone I know in order to ride on the back of his mo-ped and be turned into a witch by his mother and grandmother. He’s a little bit of a creep at times, and he wears weird jewellery, but somehow it never becomes too much for the reader; probably because it never becomes too much for our heroine, Laura. They might be 14 and 16, but they banter like they’re in a film noir, and their romance somehow manages to be deliciously gothic as well as grounded and suburban. 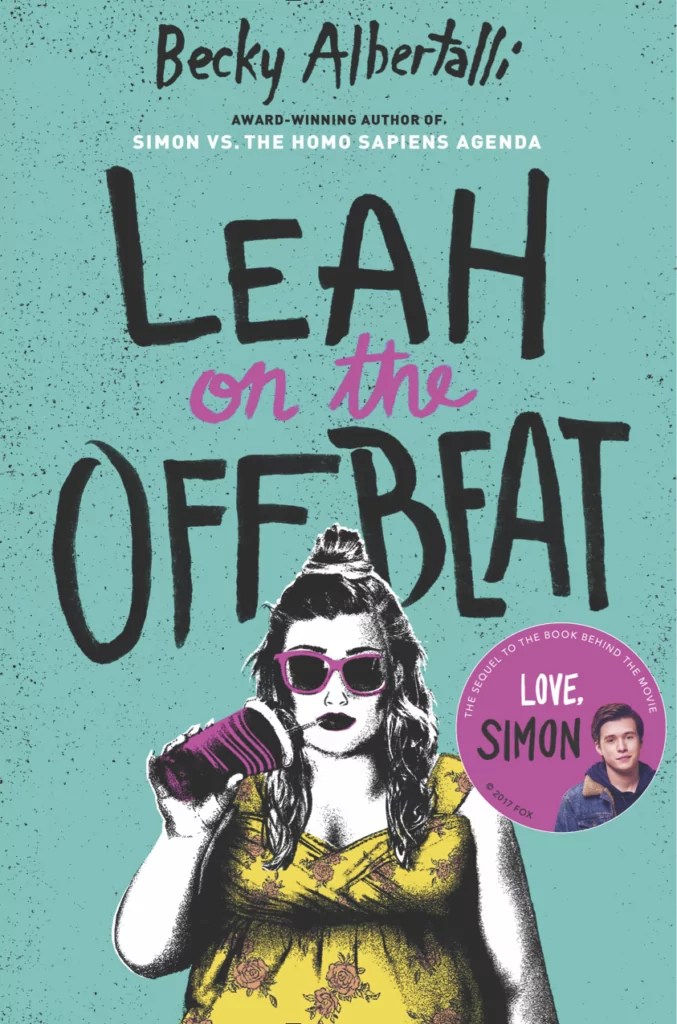 Abby from Leah on the Offbeat by Becky Abertell

“I’m the worst kind of Slytherin. I’m the kind who’s so stupidly in love with a Gryffindor, she can’t even function. I’m the Draco from some shitty Drarry fic that the author abandoned after four chapters.”

I actually loved Leah on the Offbeat more than Love, Simon. Leah is such a smart and confident character and it’s such a pleasure watching her come undone by the beautiful Abby with her Disney princess eyes. Their chemistry is crackling, but their actual relationship – as with all YA romances – is best by problems. What I like though is that what’s keeping Leah and Abby apart isn’t a big, giant plot device, like a war or a curse or a prophecy. The drama of Leah and Abby springs entirely from the shifting uncertainty of the two characters, one of whom isn’t sure about her sexual orientation, the other who tends to throw grenades down whenever she feels uncomfortable. 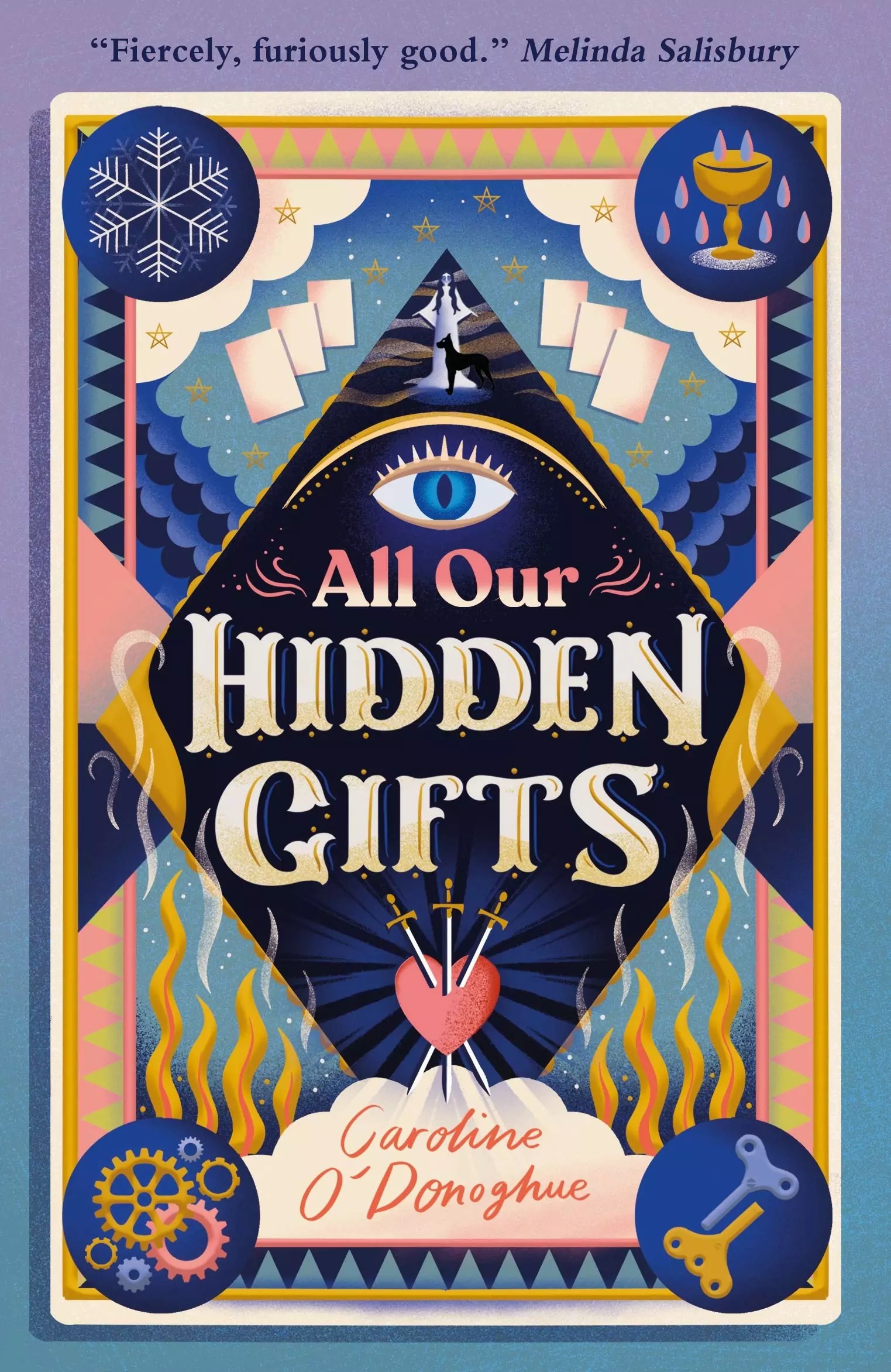 Get your copy of All Our Hidden Gifts by Caroline O’Donoghue here.

Olivia Rodrigo is heartbreakingly honest in her debut album Sour